The Cycle of Hypocrisy 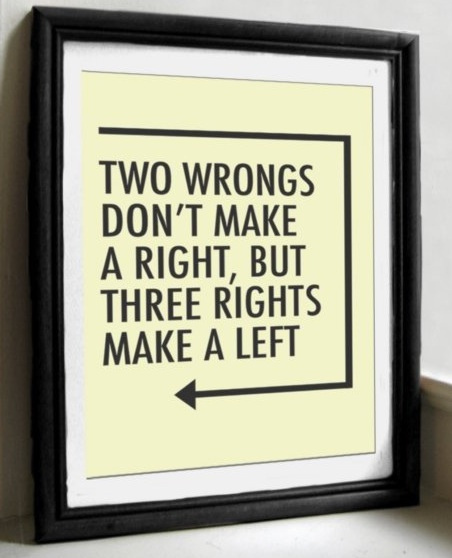 Calling someone a hypocrite is popular, but a weak argument

Fallacies, by definition, display poor reasoning, but that doesn’t mean they are ineffective. They are not only effective, but popular. It is hard to think of a more popular argument, or refutation, than to accuse one’s opponent of being a hypocrite. What’s more, the accuser often acts like they defended themselves using exemplary critical thinking skills, when the opposite is true. Accusing someone of being a hypocrite does not prove their argument wrong. It is merely a personal attack.

“Ad hominem” is one of the few latin phrases that are still relatively well-known. This phrase identifies a fallacy of logic, wherein one person claims victory in an argument after verbally attacking a person, rather than their reasoning. There is a subcategory to this fallacy known as “ad hominem tu quoque,” or the “you also” fallacy. One commits this fallacy when they point out that the argument is wrong, because the arguer’s past behavior contradicts it. In other words, you can’t be right because that would make you a hypocrite.

Anyone can see why calling someone a hypocrite is attractive. It is an easy say to knock someone off their moral pedestal, which feels amazing whenever facing someone stating an opinion contrary to your own. It is also a low-energy way to create the illusion that your own choices are justified. Imagine buying some cigarettes and being confronted by someone that got throat cancer from smoking telling you that you shouldn’t smoke. Would refuting this argument with “whatever, you smoked when you were my age” mean that you should smoke? No! The hazards of smoking exist regardless of whether the person making the argument is a hypocrite.

Politicians are hypocrites, but that doesn’t make them wrong.

It just makes them wrong half the time. Which is still significant. But, the point is that claims of hypocrisy distract us from disciplined discussion about our principles. One of the most significant victims of the “hypocrite” trend is the Supreme Court. One year ago, Antonin Scalia died. Normally in these situations, the President nominates a replacement and the senate votes the candidate in or out. But, in this case Senate majority leader, Mitch McConnell refused to allow a vote to happen because he was following what he called “the Biden rule.” The Biden rule refers to 1992 statements made by the Vice President when he was in the Senate, essentially arguing that the presidential election was too contentious to carry out a normal Supreme Court confirmation.

There is ample dispute about what Biden meant at the time, but even if you grant McConnell’s interpretation, it doesn’t excuse the argument. Just because Biden said it, doesn’t mean he was right. In fact it would be very odd for Mitch McConnell, a staunch Republican, to be taking any type of advice from Joe Biden, a staunch Democrat. It is doubtful that McConnell subscribes to any Democrat’s interpretation of the Constitution. And he doesn’t have to. But, that isn’t a reason why blocking a nomination is good, or ethical, or constitutional.

The cycle of hypocrisy

People are urging Democrats to now block the President’s Supreme Court nomination. Why? Because that’s what the Republicans did. And while there are procedural differences, the principle of the argument is no more valid than Mitch McConnell’s. Someone else’s guilt doesn’t prove you are innocent. People act in ways that violate their principles all the time, it doesn’t make their principles wrong. Justifying poor behavior by pointing out someone else’s poor behavior just creates a cycle of hypocrisy that becomes ever more difficult to escape. Everyone is a hypocrite, and all behavior is justifiable.

It takes a great deal of maturity to avoid the ad hominem tu quoque. It removes a very popular argument from your arsenal, and there is no guarantee your opponent will show the same maturity. You have to make a conscious decision that if you cannot be both, would you rather be right, or would you rather win. Our political elites have made clear their choice. Luckily, we are under no obligation to defend their decisions, because doing something because it’s popular is its own fallacy.

This site uses Akismet to reduce spam. Learn how your comment data is processed.